Watch for important details about why my program is unique, why my students are extraordinary, and how to get started.

Not sure which class is best? Submit a Class Placement Questionnaire

In Volume 2, start playing with both hands while adding a variety of musical dynamics and expressions!

Turn piano into one of your child's FAVORITE activities with these live, interactive classes! Using easy-to-read sheet music for kids in letters, kids start playing songs they love almost instantly!

In Volume 3, add a masterful mix of chord and left-hand patterns to songs from Volumes 1 & 2

Turn piano into one of your child's FAVORITE activities with these live, interactive classes! In this class, we'll take a journey through time as we learn songs from Lava, Lion King, Moana, Mulan, Aladdin, Beauty and the Beast, Encanto, and more!

In this 12 week course, students master the first piece from Bach's famous keyboard curriculum from 1723 A.D., studied by some of history's most famous names including Mozart, Beethoven, and Chopin. 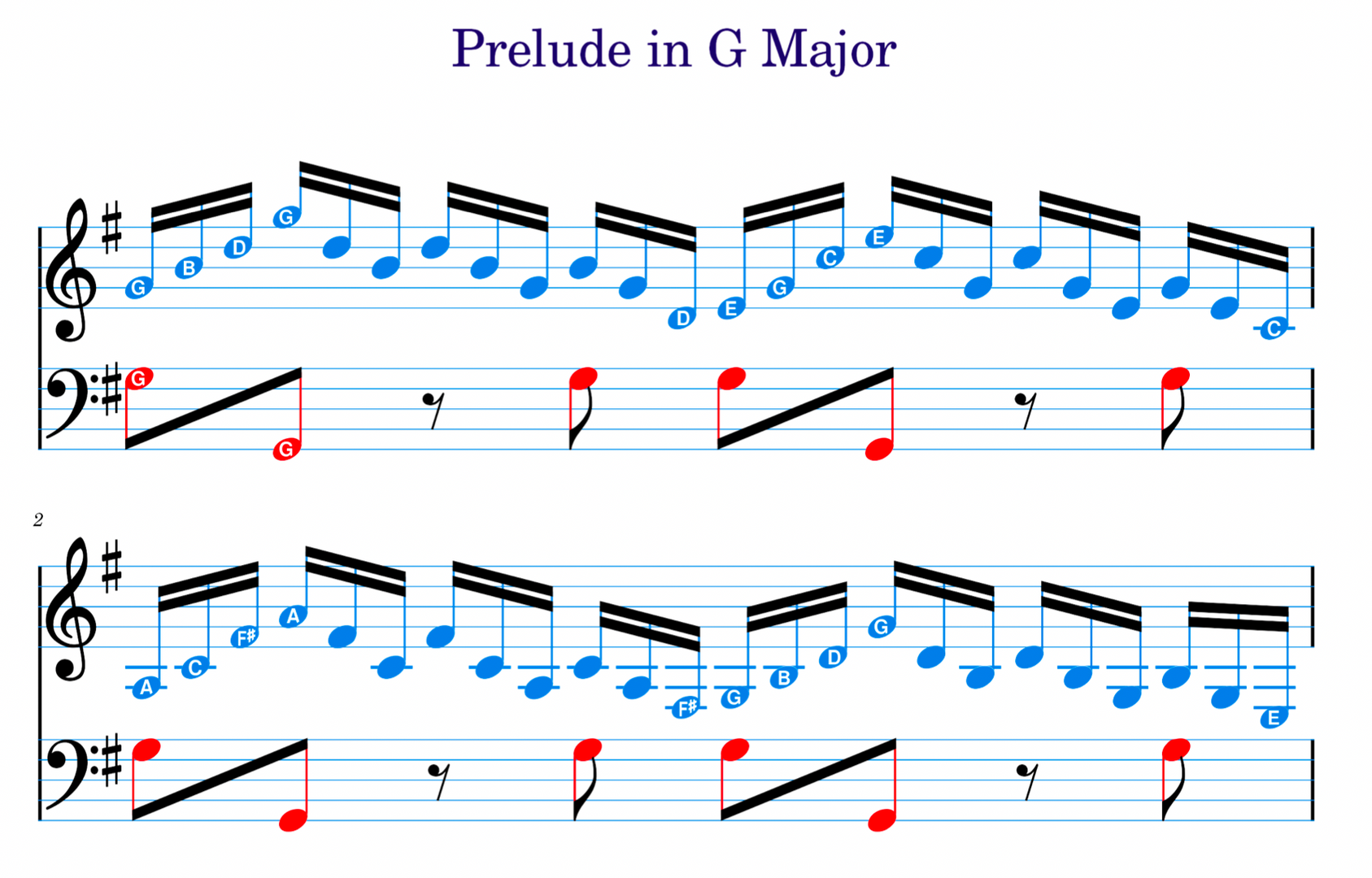 Step-Up Piece After Prelude in C

In this 18-week class, students will master Bach's Prelude in G from his famous 1723 curriculum for keyboard, The Well-Tempered Clavier. Prelude in C or comparable is a required prerequisite to enter this class. 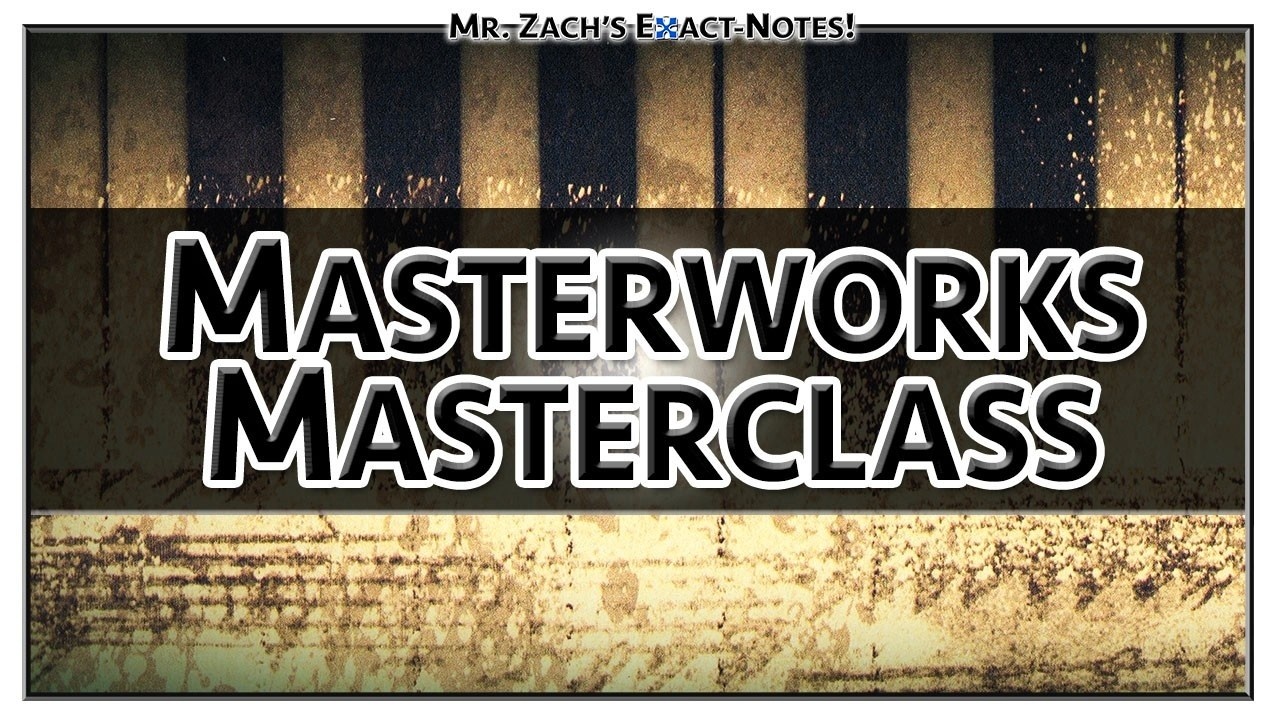 What if I don't know anything about music?

If you're going to have a music-loving child, a virtual course is better to learn along with your child than private lessons because you're able to take it at a pace the two of you enjoy! Kids often see adults as the default know-it-alls with all the answers.... so when they get to see you in a more vulnerable, not-all-knowing position, it's an opportunity for a new kind of together-experience!

Besides, the Kids Piano Volume 1 course is designed to work with kids as young as 3.5 (with a parent close-by to help)! If they can do it (and they can), you can, too! If you're in doubt about where to start, that's the very best place!

Why do you recommend 2 classes per week?

7 days between classes is a long time in a kids world, and a long time to practice the same song over and over - especially if you're a young beginner and all you know is Hot Cross Buns...

When I saw that class every-other week was almost an instant death sentence for motivation, it really made me wonder, what was the ideal frequency?

The biggest difference, though, came from WHAT we did in those lessons. At first, it seemed appropriate to do the SAME content in both lessons so that we would master it faster. That worked, but what really made a difference in MOTIVATION was when we had the idea to do different material at each lesson.

When we started doing different songs at each class, the conversation changed. We started having all sorts of "compare and contrast" talk about their different songs. Students would tell me which one they liked better. They'd notice sections that were similar - or similarly challenging - or similarly exciting. Sometimes they'd blend the two songs, or show me how they figured out how to transition from one to the other. And, as a teacher, those conversations helped me start to make better suggestions about what to learn next. "If you liked THAT, let's try THIS next..." There was a noticeable uptick in enthusiasm. Parents would report how much more they've been practicing - all on their own. It showed!

I had been worried that doing different songs would detract from MASTERY - but what it did instead was increase FLUENCY. And because it increased not only the total number of "instructional minutes" each week, but more than increased the number of self-propelled practice minutes, it had the bonus effect of bringing a more engaged mind to the classes and to the practice. Put that all together, and students weren't learning just twice as fast, but were making the same amount of progress in 3 or 4 months as used to take 12.

Without at least one other class with different material, new students just aren't able to get a sense of what they even like because they have no comparison.

And in order for the student to stay motivated, they only need ONE song they REALLY like. But if they're in only one class, they only have one shot, and it doesn't match their interests, it only takes one week to start losing motivation. And in a kid's world, it only takes two or three such weeks for them to sincerely believe "they don't want to do this anymore."

Now, I do my best to make each class awesome, but in my experience, the safest and most guaranteed approach to keeping interest and motivation high is to diversify the type of content they engage. That's a big reason why I offer so many types of classes at so many skill levels, and why I encourage students to hop around classes whenever they like instead of staying put. Even just changing the day and time and being in a different class with new classmates helps refresh student's experience! Try it!

Isn't it better to start with private lessons?

For my first 10 years of teaching, I would have said "definitely!" But that was before I appreciated the work of Fred Rogers in "Mister Roger's Neighborhood," Leonardo Da Vinci's book on painting (he wrote a book on how to learn and teach art!), and Mozart's FATHER'S book on teaching Violin.

Leonardo wrote a book on how to learn art, which was the closest thing his world had to a virtual course. All I have to say is: How I WISH it was a video course! Can you IMAGINE the impact through the centuries!?

Similarly, Wolfgang Amadeus Mozart's dad, Leopold Mozart, published the world's first book on violin playing in 1756 - just two years before Wolfgang would be born. Like Da Vinci, how great would it be to see AND HEAR the teacher of one of the world's greatest composers? When learning music, there are obvious audio components we benefit from being able to hear. Learning music from a book-only has obvious disadvantages, similar to trying to learn a foreign language by reading the words but without ever hearing native speakers.  You miss the emphasis of the syllabus and the sounds of the vowels, and the way feeling is expressed by different pacing and inflection. That's very similar to music. Perhaps that's why people feel the need for private lessons, when what we really feel is the need to HEAR how the song goes and SEE how it's played. And, by tradition, for 2400 of the last 2500 years, learning anything through video was a technical impossibility. We are still learning how to do it well, especially for kids.

That brings me to Mr. Rogers. There are so many things I've learned from Mr. Rogers about sensitivity to the young person's inner world. But more our shared caring for the invisible feelings of children is how he so effectively reached "one specific child" on the other side of the camera - and how by doing so, he used an artificial, simulated medium (TV) to create very REAL curiosity, learning, and understanding of very important things. I believe that if Fred was alive today, I believe he would care deeply about using the internet to uplift children in the same way he cared about using television for the same. It would be the accomplishment of a lifetime if my courses in any way resembled something written and directed by Fred Rogers mixed with a couple dashes of two Mozart's and one Da Vinci.

How could an online course possibly be as good as private lessons?

Actually, the reason I first started thinking seriously about making online courses was when I realized that videos worked better than private lessons. You see, I was teaching about 60 private lessons each week, and sometimes I'd teach the same song to several similar students in the same week - sometimes even to siblings, back-to-back in the same house. I knew that each time I taught it, I got a little better at teaching it, so the students who got the 3rd, 4th, or 5th version of it got to learn from a better version of how it was taught. Year after year, I'd get into a pretty tight pattern for how to present the information, to the point where I couldn't see how that particular piece could really be taught or learned any better.

So I started experimenting with filming it to give to my students to practice during the week - but first I'd have them try it during our regular in-person lesson so I could watch how they used it. What I found was that when the lesson was recorded in such a way that I was talking directly to the student like I would in my live lessons - and when I did it at the pace and with the appropriate amount of space as when teaching a live lesson - they'd learn it just as well as if I was there teaching them.

But here's where it would get really good: Since the lesson was very "hands-on" and interactive (meaning they aren't ever passively watching for more than a few seconds at a time without being instructed what to actively do next), they'd do the lesson multiple times throughout the week, so much that they'd be able to quote key phrases from the lesson back to me with the same tempo and inflection as I used in the video, usually about things like Italian musical phrases that were vocabulary to learn. That's when I realized that the video tutorials, when properly constructed, had become better than my own live lessons.

The online course is also a 24/7 communication channel between parents, students, and teachers, where we can all post and reply with comments on specific songs. In this way, I keep a steady beat on each student's progress who wishes to comment and mark their progress in the course. And, when lessons aren't 100% clear, students can ask the question any time of day and have an answer shortly, all while being able to move forward or go backward without an interruption to their progress. In live lessons, none of this is possible.

There are many other ways the online course is better than private lessons - up to a point. I still teach private lessons, but usually only to my students who have maxed-out the most difficult lessons I currently have available. High levels of achievement and a level of detail beyond the basics are both great reasons for private lessons. My students who begin private lessons after having learned a good bit on their own get much more value from their private lesson experience, and are usually better learners because they've cultivated a personal culture of self-study, and have a home-environment that has developed a helpful culture of nurture, encouragement, and support. What I mean to say is, in the 50,000-60,000 lessons I've taught, the highest-achieving students I've ever had started as my virtual course students.

What Families are Saying... 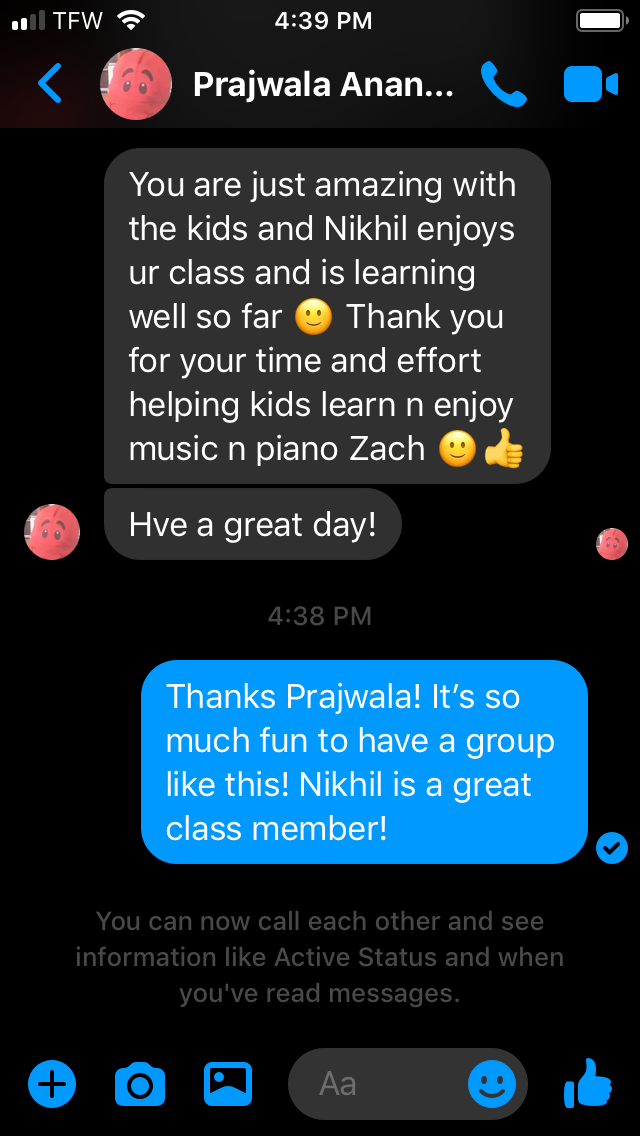 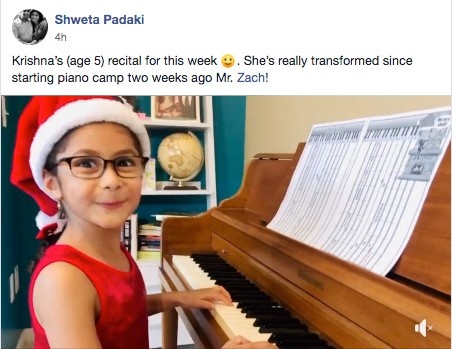 Free classes? Piano Camps? There's SO much to explore!

That's just the beginning... There's SO much more!